Vault is a tool for securely accessing secrets. A secret is anything that you want to tightly control access to,
such as API keys, passwords, certificates, and more. Vault provides a unified interface to any secret, while
providing tight access control and recording a detailed audit log.

The key features of Vault are:

Dynamic Secrets: Vault can generate secrets on-demand for some systems, such as AWS or SQL databases. For example, when an application needs to access an S3 bucket, it asks Vault for credentials, and Vault will generate an AWS keypair with valid permissions on demand. After creating these dynamic secrets, Vault will also automatically revoke them after the lease is up.

Data Encryption: Vault can encrypt and decrypt data without storing it. This allows security teams to define encryption parameters and developers to store encrypted data in a location such as SQL without having to design their own encryption methods.

Leasing and Renewal: All secrets in Vault have a lease associated with it. At the end of the lease, Vault will automatically revoke that secret. Clients are able to renew leases via built-in renew APIs.

Revocation: Vault has built-in support for secret revocation. Vault can revoke not only single secrets, but a tree of secrets, for example all secrets read by a specific user, or all secrets of a particular type. Revocation assists in key rolling as well as locking down systems in the case of an intrusion. 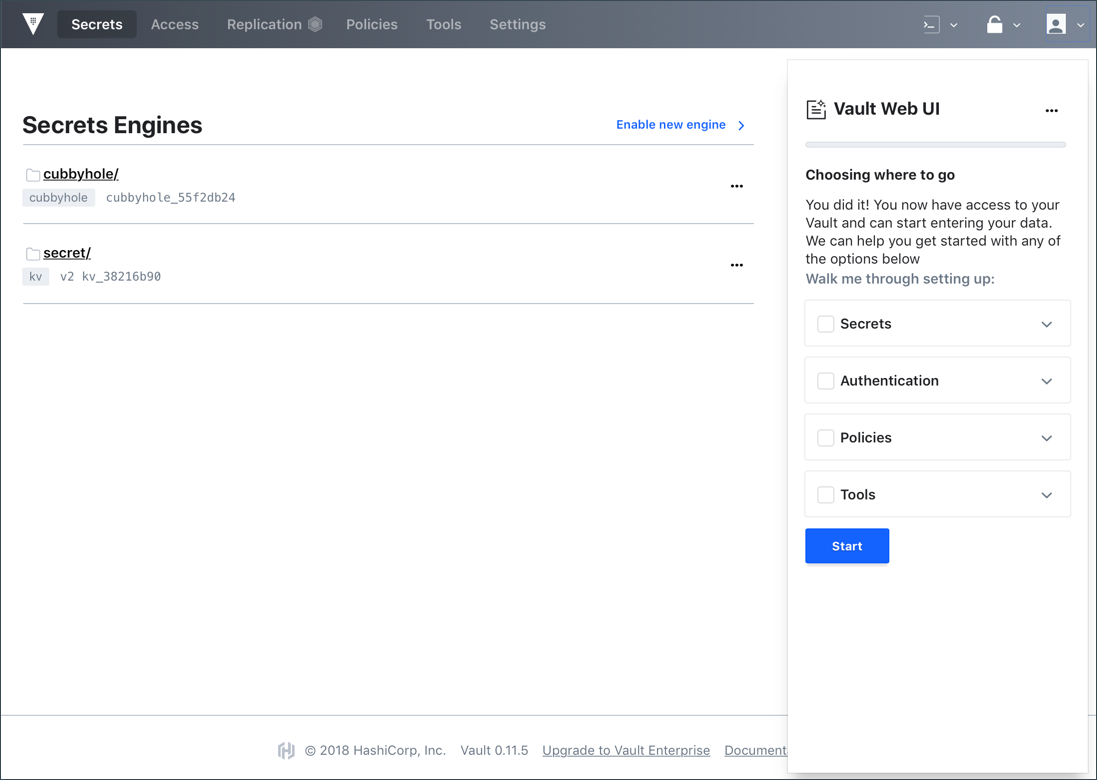 Hit the ground running with a minimalist look. Learn More